Modern day painters can use Photoshop to create their reference imagery, and I do that fairly often when I need to combine imagery. Here is an example of a project I did for a client in CT, who wanted a portrait of their sheep, Jelly, but the photo provided was under copyright protection by a newspaper. 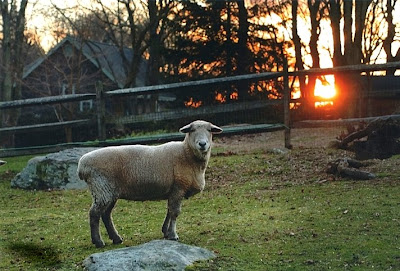 I attempted to find the photographer at a local paper in CT for approval to use the above image, but the paper could not find the photographer. Instead of "copying" this image that was protected, I suggested to the client that we composite it into another photograph that he had taken himself. He had an image of their other adult sheep, B.B. in a magical, misty New England forest scene that had fantastic lighting. 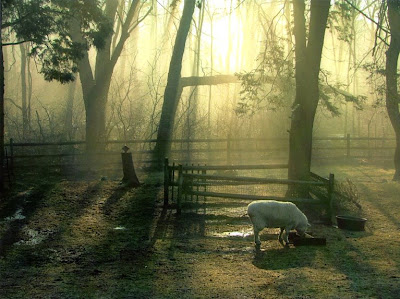 I loved this photo right away, but Jelly, the sheep for whom their farm is named after(Jelly Hill Farm), was not in this photo. I removed Jelly from the copyrighted photograph in Photoshop, and placed her into the scene with B.B. This involved changing Jelly's shading and coloring to match the lighting in the scene with B.B., and add an additional shadow on in the foreground in front of Jelly. Once the client agreed on the final composite, I began painting the commission from the composited final image. 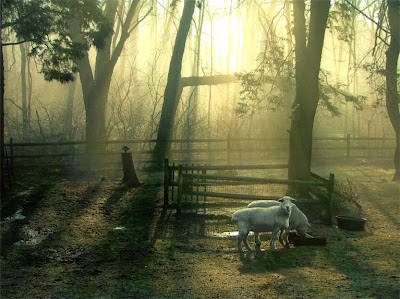 And below is the final painting... 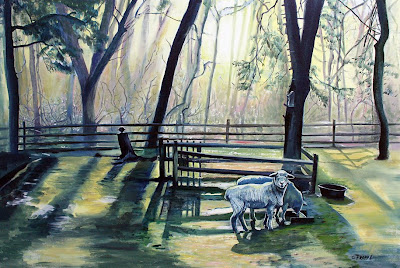