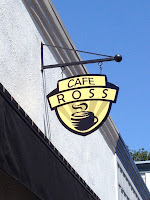 I took a break to work as the Membership Director for the Marin Arts Council, from September 2010 through Summer 2011.  My work helped hundreds of Artists in Marin County, installing exhibits, assisting with events, and I created the weekly E newsletter from September through May 2011.  I put together the first Summer Series of Creative Artist Workshops at Marin Arts.

Dec 3 - January 10, 2011
San Anselmo Arts Commission Presents:
Holiday Art Walk 2010
16 participating Merchants and over 25 artists
Pick up a map at participating shops in San Anselmo on December 3, 2010
I have a couple of small paintings at Delectables Home & Garden 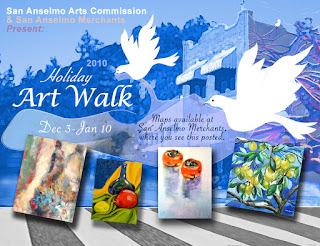 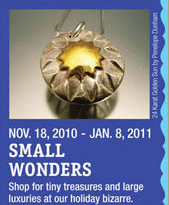 Holiday Bazaar of Small Artworks(under 12" in any direction)
A juried art show & sale
Marin Arts Council Gallery
906 4th Street
Downtown San Rafael
I have 3 small paintings in this show, all priced at $125. each!
Perfect for your holiday shopping, the Gallery is open
W-Saturday 11am - 6pm
November, 2010
San Anselmo Arts Commission Box, in the Town Hall
I have one painting on display in the box managed by the San Anselmo Arts Commission in downtown San Anselmo.  It is in the hallway to the San Anselmo Historical Society.  It is a large painting of Inverness, featuring the old Pt. Reyes boat behind the Inverness Grocery.
San Anselmo Ave, San Anselmo, CA 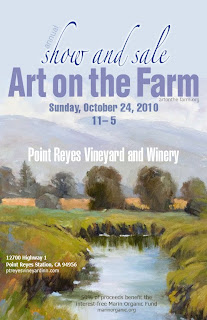 March - May 2010
Ugallery
5 of my Cycling Series were represented online by Ugallery. They are on display at the San Anselmo Coffee Roasters, on San Anselmo Ave. This May, I began a Spring Sale of all cycling paintings. Please contact me directly for the price list.

November, 2009
The Bolinas Gallery (right next to the Bolinas Museum)
52 Wharf Road, Bolinas, CA
November 7th - 30th Open; Friday, Sat. and Sunday Noon to 5pm
View and purchase Holiday gifts--- new paintings, prints, cards, photography by 26 artists from our group! A show not to be missed! 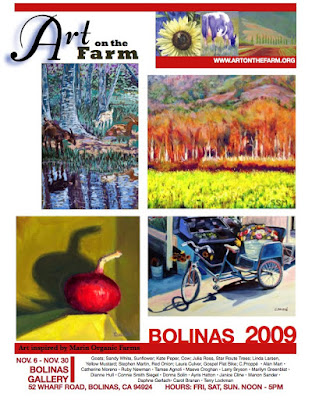 Art on the Farm at Marin Veterans' Auditorium
January 26 - June 7, 2009
Hosted by: Friends of Marin Center and Marin Arts Council 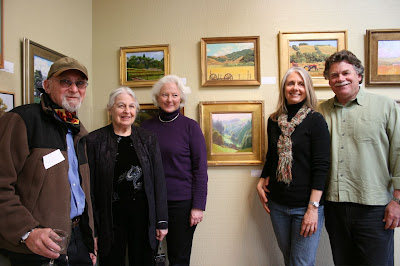 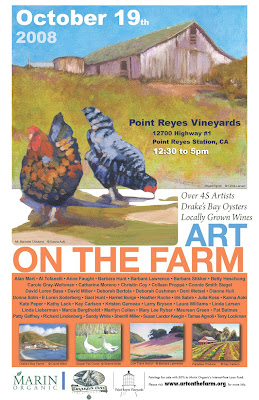 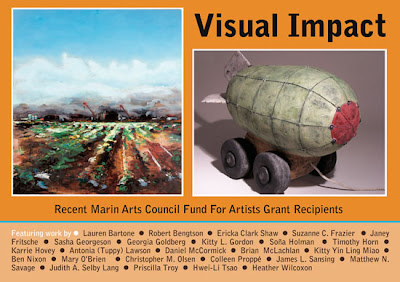 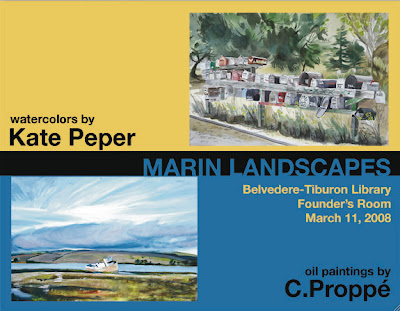 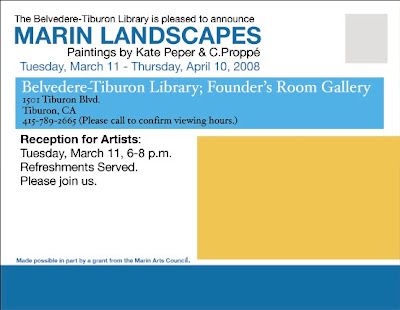 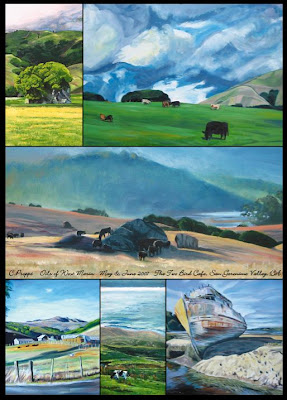 (ABOVE: Postcard Announcement sent out in April. Click to enlarge.) 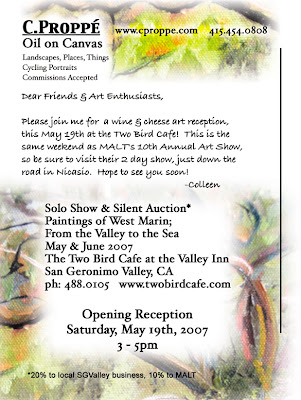 (ABOVE: Postcard Back; Invitation to Reception. Click to enlarge.)

A 2 month silent auction of paintings, with 20% of the proceeds going to local, San Geronimo business, and 10% to the Marin Agricultural Land Trust(MALT).